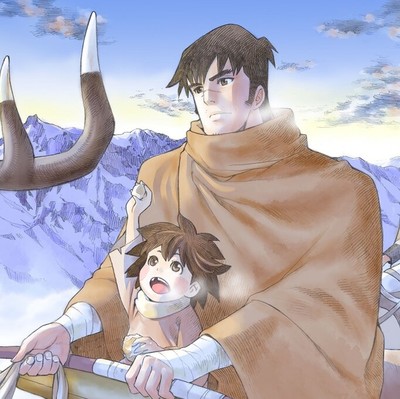 The February issue of Kadokawa‘s Young Ace magazine revealed on Tuesday that Taro Sekiguchithe manga adaptation of Nahoko Uehashi‘s Shika no (King of the deer) the medical fantasy novel series will resume on February 7.

The manga continued hiatus last October due to the delay in adapting the novels to animated films. the Shika no Ō: Yuna to Yakusoku no Tabi (King of the deer: The Promised Journey With Yuna) animated film will be released on February 4.

Sekiguchi spear the manga on Kadokawa‘s Young Ace Up website in July 2021. The manga will end with its second volume.

The novels center on Van, the leader of a group of soldiers who expected to die fighting for their lands against a great empire seeking to integrate their home into his kingdom. Instead of dying, however, Van is taken as a slave and thrown into a salt mine. One night, a pack of strange dogs attacks the salt mine and a mysterious disease breaks out. During the attack, Van takes the opportunity to escape, and he meets a young girl. Elsewhere, it is rumored that only immigrants contract this mysterious disease. Medical scientist Hossal risks his life to seek a cure. Doctors are also studying a father and child who appear to have survived the disease. The novels tell the interconnected stories and connections of those who struggle against a cruel fate.

The novels won the Japan Booksellers’ Award and won the fourth “Japan Medical Novel Award” in 2015.

The film was delayed from an opening on September 18, 2020 due to the ongoing novel coronavirus disease (COVID-19), and again delayed from September 10, 2021. Anime Limited plans to release the film in theaters in the UK in 2021 if the COVID-19 situation permits. GKIDS will screen the film in theaters with English subtitles and a dubbing in North America in early 2022.