Premieres in Japan on Sunday 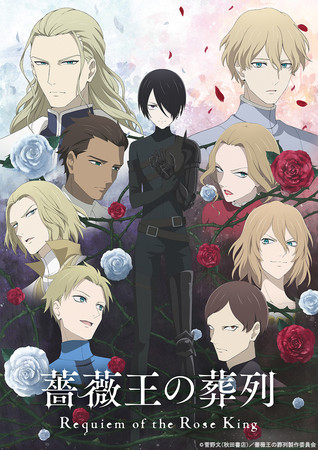 Funimation announced on Thursday that it will air the television anime of Aya Kanno‘s Requiem of the Pink King (Bara-Ō no Sōretsu) manga.

The anime will air twice in a row Classes (quarters of the year), for a continuous period of half a year. The anime was slated to premiere this fall, but the production committee announced a delay in July.

Richard’s father, the Patriarch of the House of York, is set to become king of medieval England during the Blood Wars of the Roses. But as success is imminent, he is brutally cut down. Plunged in despair, Richard acts out of revenge and must face a powerful and magnificent new foe.

The stars of the anime:

Kentarō Suzuki (Angels of death, Kud wafter) directs the anime to JC Staff, and Hiroki uchida (Days of Urashimasakatasen, Players!, Merc Storia: The Apathetic Boy and the Bottled Girl) supervises and writes the scripts for the series. Chikara Hashizume is the character design. Other staff include Kentaro Izumi (A certain scientific railgun T) as artistic director, Mayumi Tanahashi as a colourist, Akihiro Takahashi as director of photography, Yoshikazu Iwanami as audio director, Kou Otani as a music composer, and Lantis as a music producer.