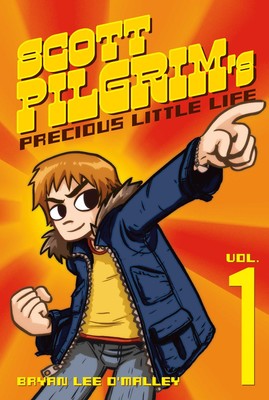 Hollywood reportr magazine reported on Friday that Netflix and Universal Content Productions (UCP) of Universal Studio Group develop animated series by Bryan Lee O’Malley Scott pilgrim series of graphic novels. O’Malley is writing the project and is executive producer with BenDavid Grabinski (new Are you scared of the dark? series). If the project gets a serial order, O’Malley and Grabinski would also be the showrunners. from Japan SARU Sciences (DEVILMAN crybaby, Heike’s story, Hands off Eizouken!) would lead the project with its CEO Eunyoung Choi as a producer and Abel Gongora (Star Wars: Visions‘”TO-B1″) as director.

Scott pilgrim is the story of a 20-something Toronto indie rocker adventures in finding and keeping a job, avoiding being evicted from his apartment, and surviving encounters with the new girl’s seven evil exes in town. he has a crush on.

Wright had hinted in 2020 that there were “plans to revisit the material in a lively way.” […] We’ve been chatting with Bryan and Jared for a while [about]: How about doing something with the books in the form of an anime? It is being discussed as we speak. ”

O’Malley provided original cover illustration for the March 2008 issue of Visualize‘s Shojo beat magazine. The issue included an interview with O’Malley, an art tutorial, and a short four-panel comic from him. In 2018, Anime news network interviewed O’Malley about his work and his manga influences.