The official website of the anime of TNSK‘s My master has no tail (Uchi no Shishō wa Shippo ga Nai) manga released a new teaser visual on Thursday to announce the anime’s core team and 2022 release plans. 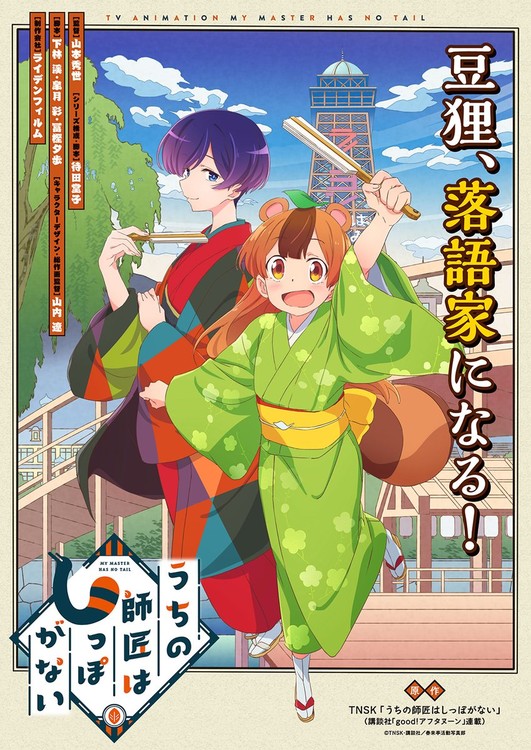 Hideyo yamamoto (Hit the blood, The Prince of Tennis II, Cells at work! Code Black) directs the anime to LIDEN FILMS. Touko Machida (Good star, the [email protected]) supervises the scripts of the series and writes them with Kei shimobayashi, Aya Satsuki, and Yoho Togashi. Ryu Yamauchi (Kabaneri of the Iron Fortress: The Battle of Unato sub-character designs) serves as both the character designer and chief animation director.

The fantasy story takes place during the Taishō period in Japan (1912-1926). It follows Mameda, a metamorphosis tanuki girl who dreams of becoming human. Mameda transforms her outward appearance into a pretty, raven-haired human girl and heads to the bustling city of Osaka. However, people instantly see through Mameda’s appearance, and a beautiful woman ruthlessly says to the dejected Mameda, “Go back to where you came from.” It turns out that this woman named Bunko is herself a supernatural creature who has morphed into a rakugo (comic storyteller) storyteller. Mameda begs Bunko to become his master and teach him how to play a human. 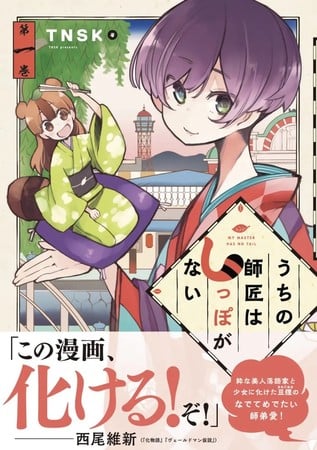 TNSK debuted in manga Kodansha‘s Good! Afternoon magazine in January 2019. Kodansha released the manga’s compiled book volume sixth on August 5, 2021, and it will release the seventh volume on Friday.