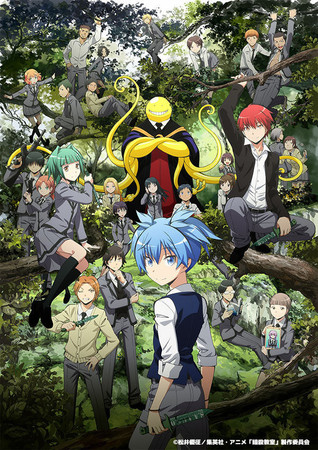 Toonamiis official Facebook announced on Friday that the programming block will begin airing the second season of the Assassination class anime starting Sunday at 12:30 a.m. Toonami will air two episodes of the show at 12:30 am and 1:00 am Other cartoons that aired in the programming block early Sunday morning include Blade Runner: Black Lotus, Naruto Shippuden, and Cowboy Bebop.

Toonami further apologized in his Facebook post, stating “We are so sorry we weren’t able to announce anything until now, but we have waited for many deals to go through.” the Facebook post added that the programming block will feature a new show each week “for the next month or so” and will reveal more details on those new shows at a later date.

Yusei Matsui‘s Assassination class manga ran into Weekly Shonen Jump from 2012 to 2016. The manga inspired a 22-episode animated television series that aired in 2015 and a 25-episode second season aired in 2016. An animated film then opened in Japan in November 2016.

Thanks to Takkun4343 for the news tip